2019, an exceptional year for international investments in France 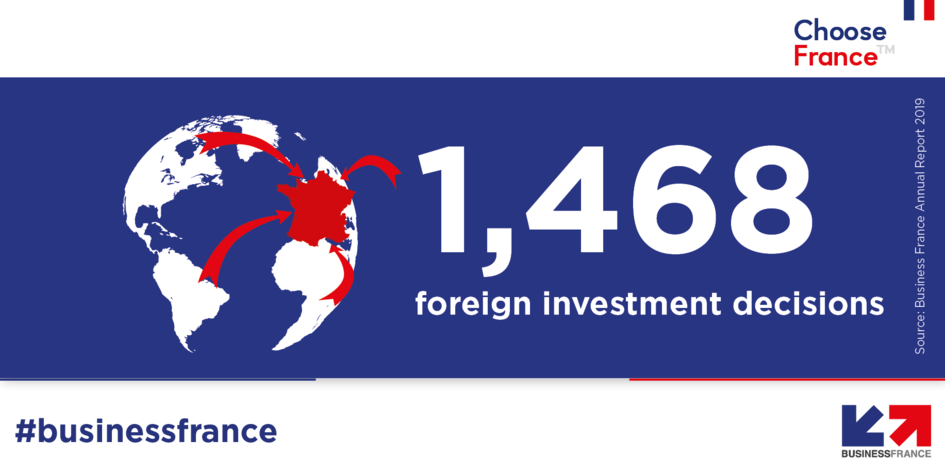 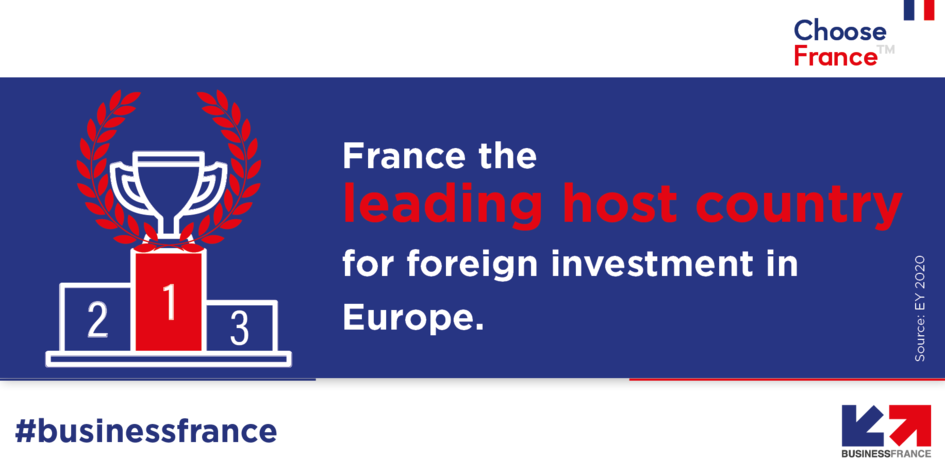 This performance, up 11% compared with 2018 and more than 50% in the last five years, once again confirms France’s attractiveness. 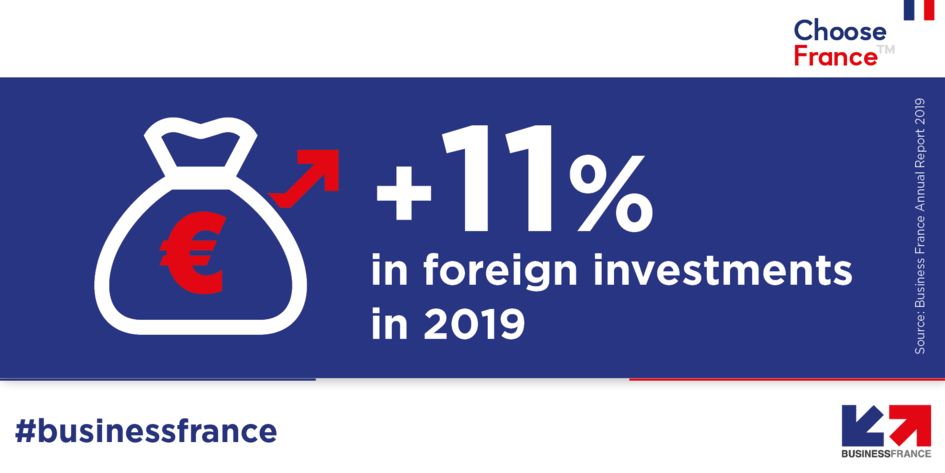 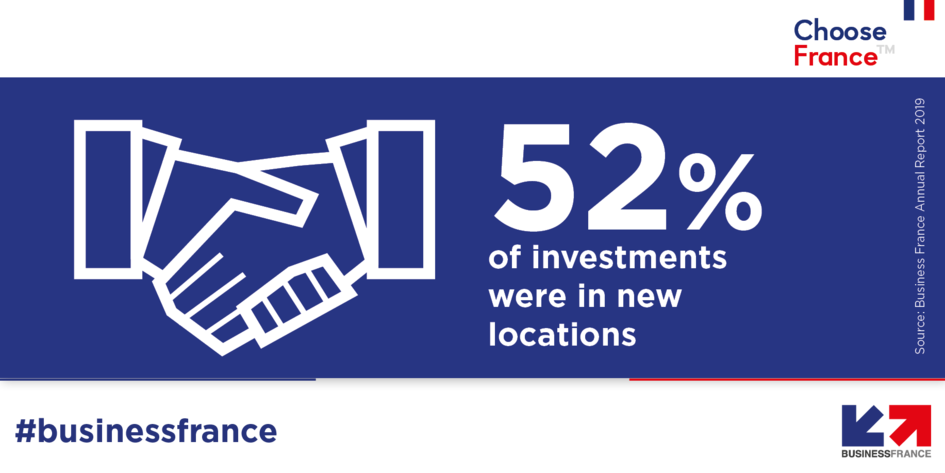 The strong drive from international investment has led to 39,542 jobs being created or maintained, 30% more than in 2018. Industrial jobs have seen a 22% rise. 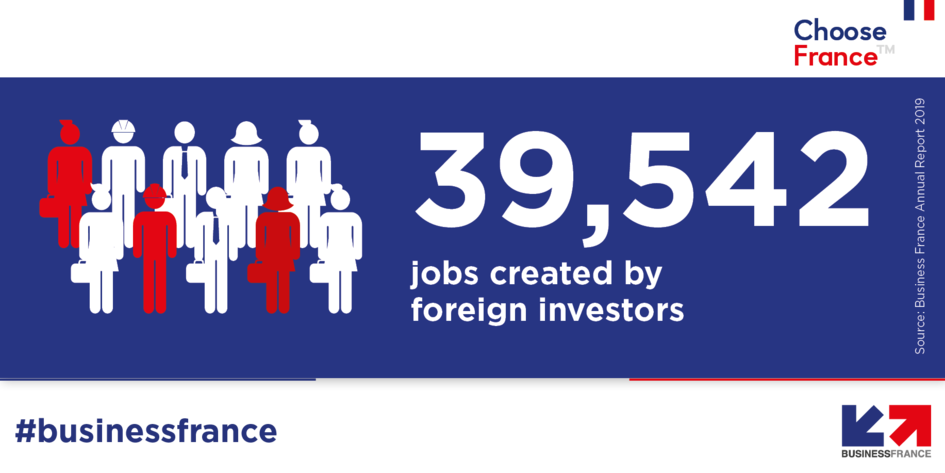 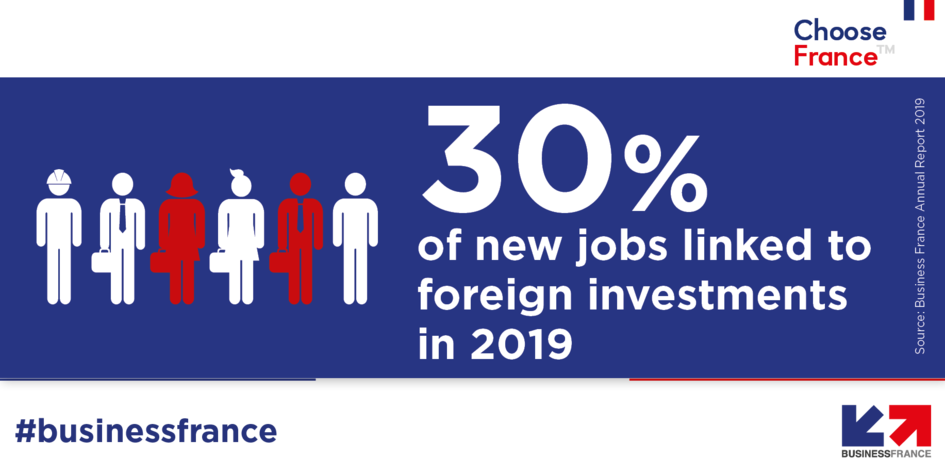 While 58 countries invested in France last year, 64% of the projects came from European companies (up three percentage points compared with 2018). Germany (15.5%) and the United Kingdom (12%) were the main European investors in France, with the investment commitment growth rate more than 27% for Germany and more than 47% for the United Kingdom. 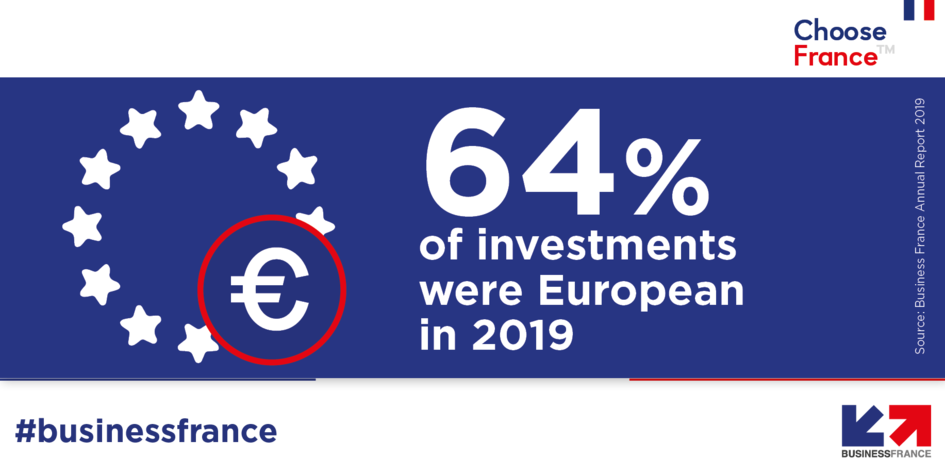 The main beneficiary of foreign investments is the French industrial base

France is the European leader for hosting investments in production activities, with the number having increased by 19% in 2019. These activities cover 26% of all investments and are the main contributors in terms of employment, with 13,814 jobs being created or maintained in 2019 (i.e. 35%). 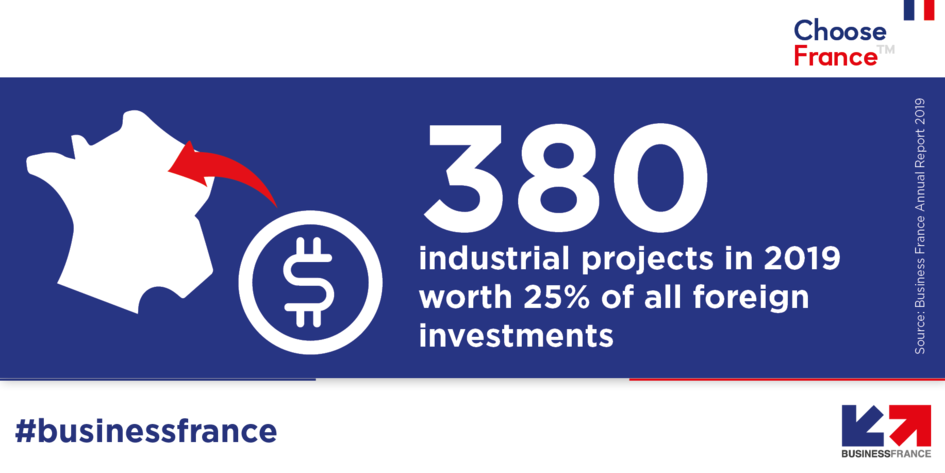 France has a strong ability to attract major R&D projects, which have increased by 22%. 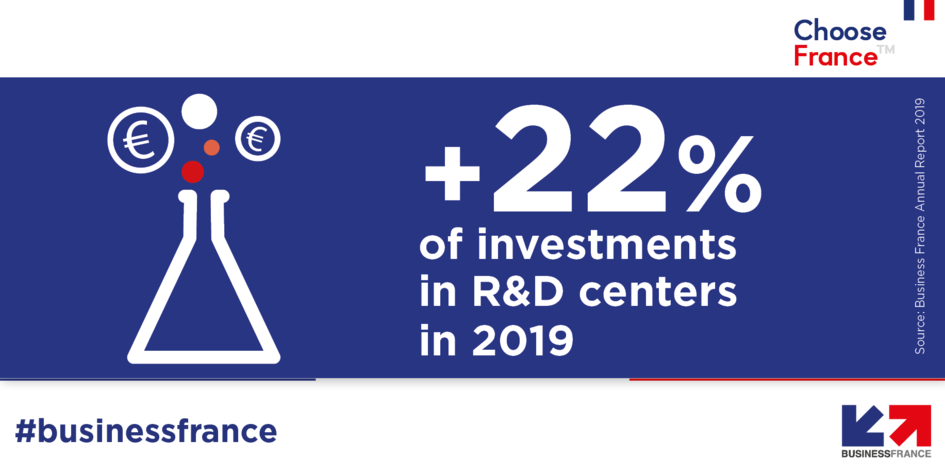 R&D activities represented 11% of all foreign investment in France in 2019 (157 projects). American companies stood out for their involvement in R&D: they were responsible for 27% of the decisions identified. 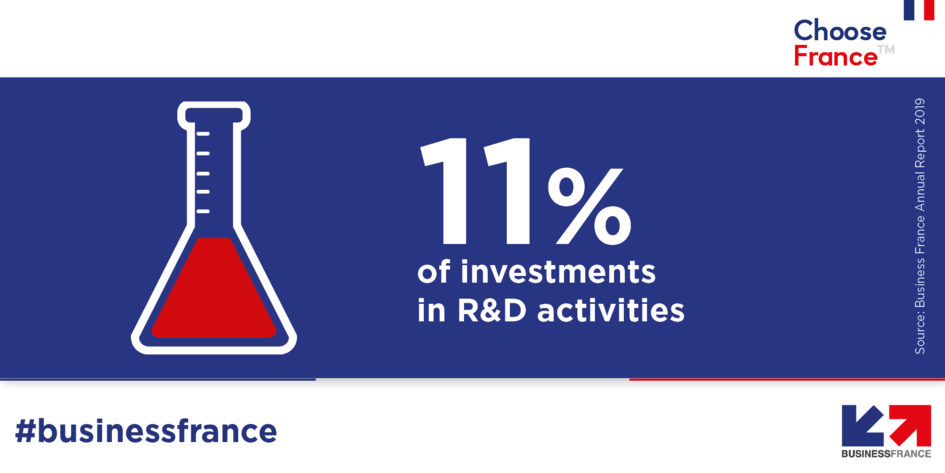 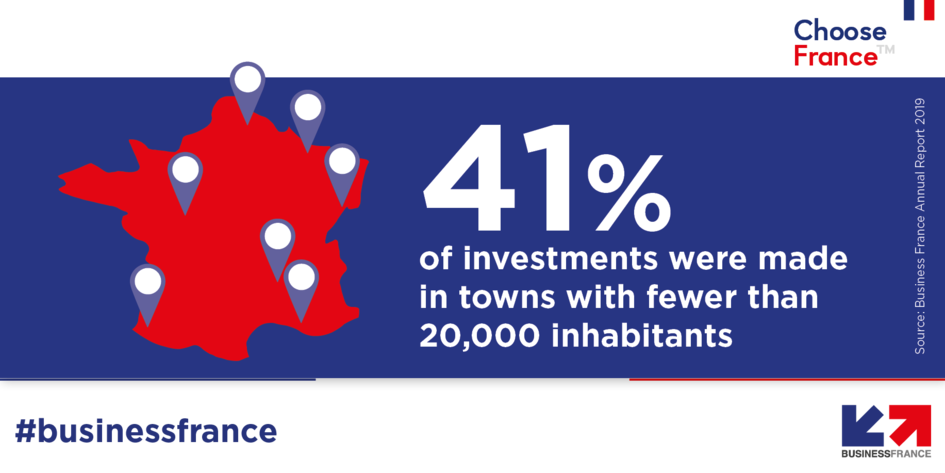 The locations and expansions of production facilities were mainly in mid-size cities of fewer than 200,000 inhabitants, while 56% of industrial projects were carried out in industrial regions. 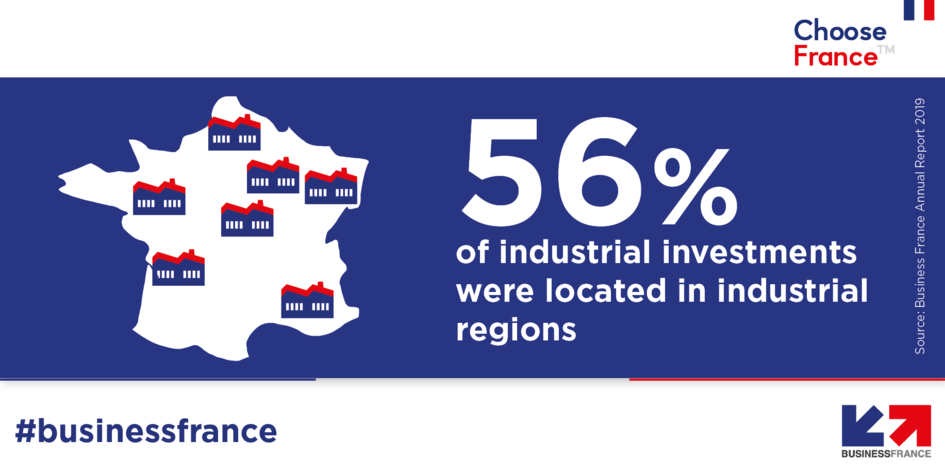 For further information, please click on one of the following links: 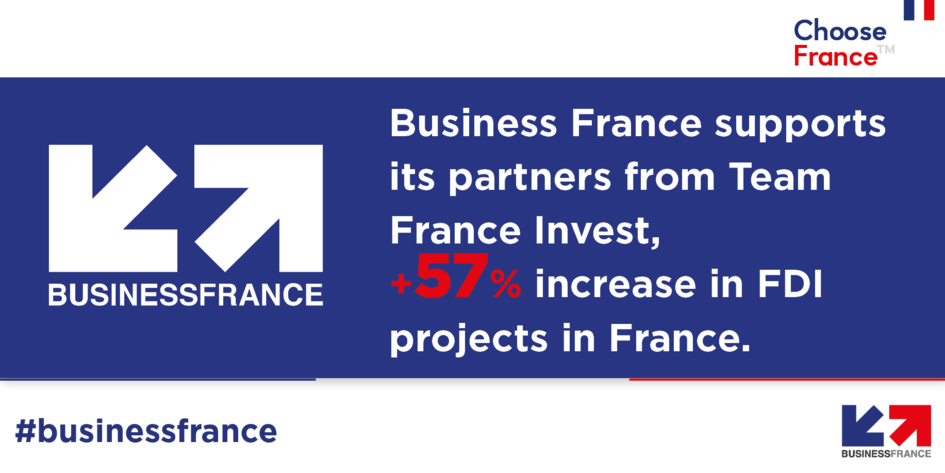