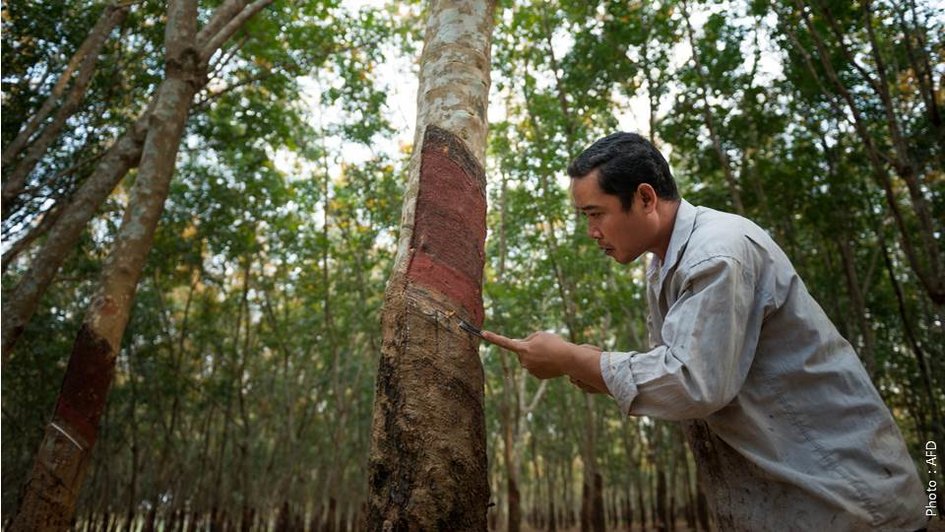 Located in the intertropical zone, the ASEAN zone is home to the world’s third largest tropical forest, after the Amazon and the Congo Basin. However, the growth of large agricultural or forestry plantations (for rubber, palm oil, cellulose or wood) has led to significant deforestation and sudden losses of biodiversity over the past decades. Technical and social control through management training for those involved in the development of these sectors is therefore an urgent priority.

In response to this situation, CIRAD seeks to support skills development in four ASEAN countries (Indonesia, Malaysia, Thailand and Vietnam) for five years.

The project aims to strengthen the existing systems for the initial training of Master’s students and the continuing education of managers already in business, by offering them new solutions that promote the productivity and sustainability of plantations. The training content will focus on agro-ecology, environmental and social management, and the consideration of climate change and biodiversity. In addition to actions aimed at students, the project will organise regional workshops to raise awareness and share experiences and good practices.

For Michel Eddi, CIRAD’s CEO: "The aim is to prepare the agro-ecological transition needed by the major tropical plantation chains, given their impact on biodiversity: the resilience of these cropping systems to climate change and their adaptation to the new social and economic contexts in developing countries is at stake, as is their ability to intervene on developed country markets with a guarantee of the sustainability of their production that consumers in northern countries are demanding."

This project is receiving funding from the Fund for Expertise and Exchange of Experience (FEXTE) in the amount of €1.2 million.

An action in line with France’s priorities in ASEAN

The sustainable management of agricultural and forest plantations is a major factor in the preservation of biodiversity, but also a social and economic challenge in Southeast Asia. "We have placed our trust in CIRAD to work together to define and implement training actions for the new generation of plantation managers, farmers and even agricultural bankers! This project is fully in line with France’s National Strategy to Combat Imported Deforestation (SNDI) to which AFD contributes", explains Yazid Bensaïd, AFD Regional Director for Southeast Asia.

"This regional project, which should help preserve biodiversity by combating deforestation and disseminating agro-ecological practices, is a very concrete example of the areas in which France wishes to work with ASEAN!" says Olivier Chambard, French Ambassador for Indonesia, Timor Leste and ASEAN.